A look back at our first MacPherson Prize Winner--Dr. Stephen Holcomb


Let's take a look back at our first MacPherson Prize Winner--Dr. Stephen Holcomb! 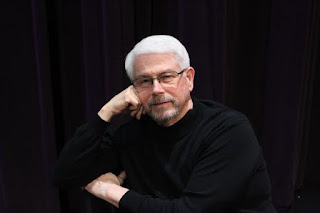 Dr. Holcomb is a native of Waco, Texas, and holds BME and MM degrees from Baylor University and a DMA in Conducting from Southwestern Baptist Theological Seminary.  Since 1988, he has been on the music faculty of Dallas Baptist University as Professor of Music and Director of Choral Activities.

We caught up with Dr. Holcomb this past week and got the chance to ask him a few questions about his life, his work, and his advice to other conductors.  Here's what he had to say:

Hi Dr. Holcomb!  What have you been up to since winning the MacPherson Prize?
I have been very active with my teaching responsibilities at the University. The annual concert season has many demands and in addition, I have staged and directed productions of MY FAIR LADY, GIANNI SCHICCHI and SUOR ANGELICA. The DBU Chorale was chosen to perform at the 2017 TMEA Convention and we followed that experience up with a performance tour to Italy. Highlights last year included conducting performances of the Brahms REQUIEM during the Easter season. In July of 2017, I was honored to receive the TCDA Choral Excellence Award; this brought great joy and at the same time it humbled me to be recognized by such a distinguished group of peers.

Do you have any memorable experiences directing and working with the San Antonio Chamber Choir?
Yes, there are many, beginning with being treated so royally by the group from the very beginning of our time together. I had never worked with Rick before, but enjoyed watching him work with the group. I was amazed at the variety of programming that was achieved even though all of the pieces were Mozart. I was impressed with the sound of the ensemble, and equally impressed with the attention to detail of phrasing, choral tone, and a collegial spirit that made making great music together a real honor.

Also, being welcomed wholeheartedly by the group fostered new professional relationships with several of the singers.

How did winning the MacPherson Prize affect your daily and professional life?
To start with, I was truly shocked to be selected as the recipient of this award! I consider myself to be one who focuses on mentoring and influencing my students on a daily basis, and try to insist on producing a product of substance. To be honored in such a way underscored to me that it is the consistent pursuit of excellence that makes people take notice of your work. I guess I’m just odd in that I’ve never intentionally set out to be an “award winner,” only to try to exemplify excellence in my craft. Receiving the MacPherson Prize truly vindicated that choice.

When did you decide to become a choral conductor?

Singing in the Texas All State Choir in 1968 as a sophomore tenor! Howard Swan was the clinician that year and I was introduced to Mozart’s Vespers K.339; from that moment on there was never a doubt that I wanted to be a conductor.

Who are your conducting mentors or those who inspired you to take your current career path?
It was my high school choral director, Randy Lofgren, that was, without a doubt, the most influential person in my life with regard to career choice. As a high school sophomore, he discovered I had a singing talent and could also accompany the choir. He immediately put me to work! I watch every move he made and wanted to be just like him when I grew up. It was through his leadership and teaching that I had such great experiences with the Texas All State and Region Choirs, the UIL experience in solo and ensemble competitions, learning from the opportunity to play in a pit orchestra for the spring musical, and to learn to lead sectional rehearsals. This is what I cut my teeth on, and it proved to be a great foundation for my college experience.

With regard to choral tone I would say my mentor was Robert H. Young at Baylor University. Singing in the Baylor Chamber Singers was not only an honor, but truly planted the seed as to what great choral tone should be. That was a level of choral excellence that I had not experienced before; I learned the importance of rehearsal preparedness that somewhat approached the professional level.

Other influential choral mentors would be Euell Porter at Baylor, René Clausen, Anton Armstrong, and the influence of contemporary choral composers such as Eric Whitacre and Z. Randall Stroope have each had an influence on the overall choral sound that I think is ideal.

What’s the most valuable lesson you’ve learned about choral conducting or choir in general?
Strive for excellence in every project. The goal of choral singers, I think, is to be inspired and changed by the music they perform; likewise, unless the listener is also inspired and changed through what he hears, the conductor and singers have failed in their mission.

Who are your favorite composers? Favorite conductors to watch?
Not enough space to list them all! Each one brings a distinct personality to the choral repertoire, and I have favorite composers from every era. I think these favorites are inextricably linked to my experience of conducting each of the composer’s works. The journey from looking at a printed page of music to performing a recreation of the work is monumental and affects me all along the way. This makes my performance of the work with my singers an especially meaningful experience.

What’s on your conducting bucket list?
Brahms Requiem was on that list until last spring, and we performed it for Easter. I suppose the Vaughan Williams Dona nobis pacem, and one of the Bach Passions would probably be on the list.

What is your favorite guilty musical pleasure?
I listen to Sirius radio “Escape” – purely elevator music, but it helps me relax behind the wheel…I also like to listen to Sting. :-0

What’s your proudest conducting/singing/musical moment?
There are many. Conducting Handel’s MESSIAH in 2004, performances of the DBU Chorale at SWACDA in 2006 and TMEA in 2017, conducting John Rutter’s Requiem in Carnegie Hall in 2013, concerts in St. Mark’s, St. Peter’s, Notre Dame, St. Paul’s, performing Dan Forrest’s Requiem for the Living (2015) and Jubilate Deo (2017), and, certainly, the performance with the San Antonio Chamber Choir in 2017.

What advice can you give to growing and aspiring Texas choral conductors?
Work to be the best you can be as a conductor and communicator. Invest in people and relationships. Don’t settle for mediocrity in any aspect of your life.

What’s next for you? Any particular ambitions or goals for the future?
Currently I am working on a commission with composer Michael John Trotta that will be premiered next December (2019) at our annual Christmas Festival. I have enjoyed getting to know him and his work. I know it will be a wonderful addition to choral repertoire, and look forward to hearing what he writes. Of course, I am at that age where I have to look at what retirement might look like! I am not ready to stop making great music! But I’ve confessed to my colleagues that even though I can still do everything I have always done, it takes me a LOT longer to recover! So, we’ll see where that goes in the next few years. I hope I will always be an effective advocate for choral music and the fine arts because it has had such a keen impact upon my life and I think everyone needs to experience it.

Anything else you’d like to share?
I would just like to express once more my profound gratitude to the San Antonio Chamber Choir for the honor of being the first recipient of the MacPherson Prize. I am blessed to have worked with you. I look forward to finding out who the next recipient will be, and also look forward to being at that concert to visit with you all again.

We are so grateful to Dr. Holcomb for sharing his work with us and we look forward to having him join us for the awarding of our next MacPherson Prize Winner!

We are still accepting nominations for our 2018 MacPherson Prize! If you would like to nominate someone for the MacPherson Prize, please click here for more information! Candidates are considered based on artistic merit as demonstrated by his or her abilities, cumulative body of work, and contribution to the art form of choral conducting in Texas. The winner receives a cash prize of $1,500 and a chance to guest conduct SACC!  Nominate your favorite choral conductor today!

Also, save the date for SACC's upcoming concert, I Can Tell the World, Let Our Love be Heard on December 20th, 7:30pm at the Tobin Center's HEB Performance Hall! 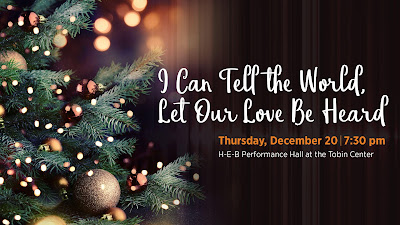 SACC is excited to share the Tobin Center stage with choirs from all over the vast San Antonio choral community in performing the world premiere of Stacey V. Gibbs’ Christmas Spiritual Medley, He Is Born! Gibbs is a prolific composer-arranger with the ability to infuse new energy into familiar works without sacrificing authenticity or power. We will also share several other pieces with brass choir including Christmas Joy by Stephen Chatman, Daniel Pinkham’s Christmas Cantata, and Joy, a weaving together of Beethoven’s stunning Ode to Joy and Handel’s Joy to the World. The subtle tenderness of Christmas will be expressed through music from the Baltics and around the globe.

Your financial gift to the San Antonio Chamber Choir helps us continue to enrich the cultural life of South Texas through artistic performances of the finest choral music.  Help us kick off our end-of-year campaign on Giving Tuesday, Nov. 27!

Popular posts from this blog 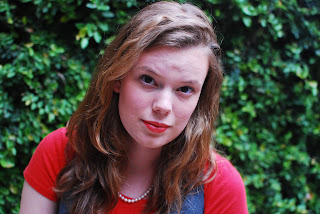 SACC is delighted to welcome a new Alto to the roster: Rachel Lake!  Rachel will be joining us for this weekend's Psalms in Song concert ! Tell us about yourself, Rachel! I was born overseas in The Netherlands and my family moved to Houston when I was very young. I came to San Antonio to attend Trinity University and received a double major in Business and Music. I loved San Antonio so much that I decided to stay for good! I work in data analytics full-time and I’m also an alto section leader at First Presbyterian Church downtown. I’m also a bit of a crazy cat lady, so there’s that. Do you play any other instruments? I’ve taken several years of piano lessons, and I can get by on the guitar and the ukulele. I even picked up the violin for a year in college (a very humbling experience, that one- major props to violinists). What's your most valuable lesson you ever learned in voice lessons or choir? For choir, it’s all about the ensemble as a whole. You can have
Read more

Anna Osterman is the Soprano in the Spotlight today! 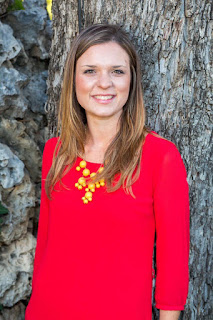 Anna Osterman, Soprano, has sung with SACC for 4 seasons and we're thrilled to be able to welcome her again for both our "A Spiritual Awakening" concert TODAY Saturday Jan. 13 and our "Psalms in Song" concert next weekend! Tell us about yourself, Anna! I am a San Antonio native and  have loved music for as long as I can remember!   I come from a musical family as well--my dad was an all state trumpet player and my mom plays the piano beautifully! Choir was always my niche (I’m not coordinated enough for most instruments!).   I went to high school in Northside ISD where  I was a 3-year all-stater, was involved in musicals, and helped with an elementary honor choir.  I also sang for my church; I basically did anything that came my way!   I graduated from O’Connor High School in 2005 and from there braved the West Texas winds to attend Texas Tech University in Lubbock.  At Tech I was a member of the University Choir which provided many opport
Read more